Huntly hosted rollerski races on yesterday (28th May) and the Clash hill climb was run today. The weather turned out pretty well for both events with only some light rain at lunchtime on Saturday and a shower on Sunday.

Both events were well attended from Huntly Nordic Ski Club and Cairngorm Biathlon and Nordic Ski Club. Competitors from Higland Nordic and further afield were also welcomed. Duncan Gorman was especially welcome as a novice.

Andrew Young took first place in the men’s competions in both events, with Olwen Thorn and Katy Homyer taking gold in the sprints and hill climb respectively. Katy Homyer is still  under 18 so we look forward to further acheivements from her as she continues to develop her skills.

END_OF_DOCUMENT_TOKEN_TO_BE_REPLACED

Here are Secretary Thorn’s thoughts on the upcoming rollerski season

The Club Championships took place this weekend. The weather started off very wet but dried out through the day. Aberdeenshire council came through with a patch to the track where the river had washed it out last autumn.

Thanks to all those who spent time marshalling and lap counting and cleaning the track. Also thanks to the ski centre and Aberdeenshire Council for hosting the event.

Callum Smith took first place in the Men’s competition and Posy Musgrave took the laurels for the Women.

END_OF_DOCUMENT_TOKEN_TO_BE_REPLACED

Here are the results from the rollerski races at Cairngorm

Here are some photos from David Horsley of the hill climb. I’m told it was extremely wet. Thanks to the MacLeans for providing the teepee. 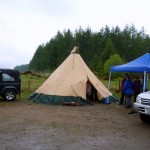 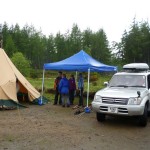 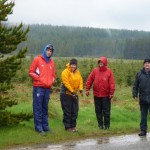 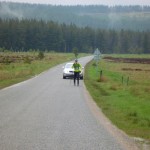 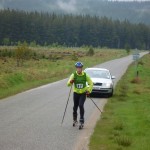 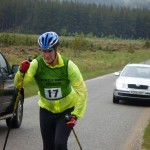 The sprints were held today. The despite the damage to the track last Autumn a full program of racing was completed with Novice and Elite Courses and a knock-out. Attendance appeared to be a bit down on last year, but a strong team  from Cairngorm Biathlon And Nordic Ski Club meant there was tough competition. In addition the RAF team was in attendance lead by Steve Perry. The

Club member Andrew Young took first place in the Men’s Elite competition, follwed closely by Alex Standen. Hopefully this is a good sign for Alex’s upcoming Winter season. Cairngorm U16 member Calumn Irvine took third place, marking him as someone to keep an eye on in future.

With Sarah Young competing in the men’s competition, Highland Nordic’s Katy Homyer took the laurels in the Women’s competition. Unfortunately Catriona Dudgeon took a nasty fall in the 500m time trial which knocked her out of the day’s competition. Full results below

The requested URL /data/feed/api/user/nordickayak/album/HunltySprints2010?kind=photo was not found on this server. That’s all we know.

Here’s the Pete’s view of this Summer’s rollerski schedule.

If you’re young and unlucky enough to live in London, here’s some good news: Felicity Bertram and Ian Ballantine have started a Junior Rollerski Club. To find out more follow this link

They are also planning to run some rollerski races on 28th March in Hillingdon – watch the rollerski.co.uk website for more details.

Results of the GB Rollerski Championships are included here.

The men’s individual competition was won by Andrzej Honezar ahead of Ian Ballentine.

While The ladies individual competition was won by Karolina Bicova ahead of Faye Potton of the RAF and club member Debora May.

Following the Huntly Sprints on Saturday, the Cairngorm Hill Climb was held on Sunday. This was the last event in the Scottish Rolllerski Series, so the final results for the series are included.