The races started with time trial sprints over a “flat” 655m & 1135m “Hill” courses. These time were added together to decide the GB Series race. 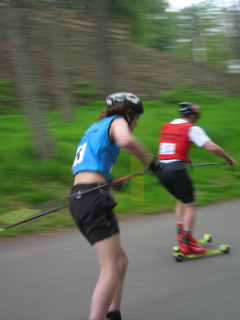 Remarkably, the first three places were taken by under 18 skiers (Andrew Young (HNSC), Andrew Musgrave (HNSC) and Alistair Duncan (CBNSC)) who just beat former Olympian Mike Dixon (CBNSC) into fourth place. Although a veteran, retired from competitive skiing and not in full training, it was a tremendous achievement for these young skiers to beat Mike and a healthy sign that we have some talented juniors coming up through the ranks. Skiers like Mike are always a target for these young skiers. The first lady home Sarah Young (HNSC) is also under 18. In second place was another Huntly skier Posy Musgrave, who has just moved up into the senior ranks. Fiona Crossley travelled up from Yorkshire to take third place and first female veteran despite a nasty tumble on the hill. Cairngorm brought a large contingent of young skiers who have greatly improved since their last visit to the Huntly races.

After the time trial races there were open knock-out races over the same sprint courses. With three skiers competing head to head some of the reaces were extremely competitive.

The semi-final with Alistair Duncan just holding off the last gasp challenge from Andrew Musgrave got the spectators excited for the final. In the final Mike Dixon took and held a lead of 5m from Andrew Young with Alistair Duncan struggling to keep with the early pace. However, on the final uphill with 250m to go, Duncan in a fantastic overtaking manoeuvre burst through a small gap while Dixon and Young tangled with each other. Duncan built a few metres lead which he held to win a hugely exciting final from the two pre-race favourites. The Novice knock-out final was won by Stuart Hamna (RAF) who has only been rollerskiing for a few weeks from Huntly new comer Megan Heathershaw. The day finished with a series of age group finals.
Thanks to the Huntly Nordic And Outdoor Centre (Aberdeenshire Council) for using their facility for the races. 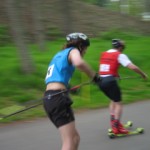 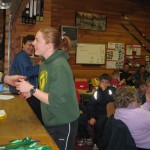 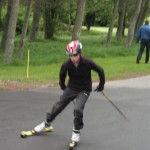 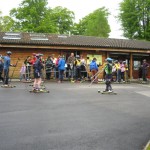 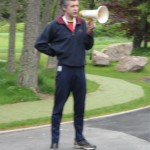 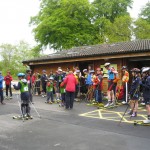 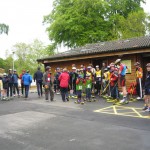 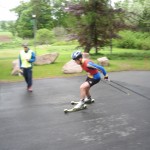 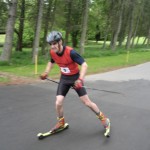 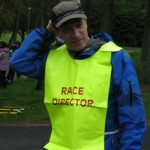 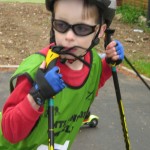 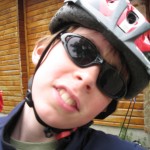 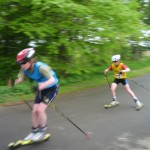 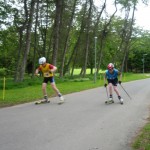 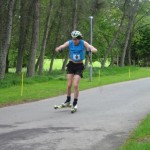 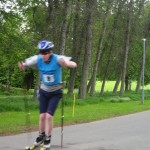 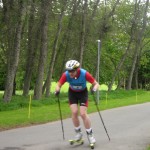 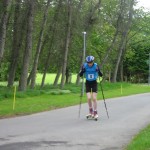 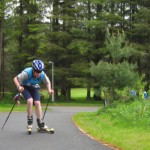 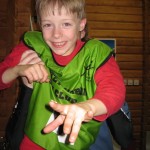 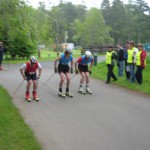 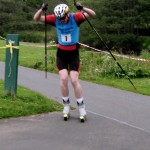 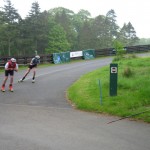 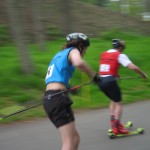 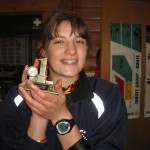 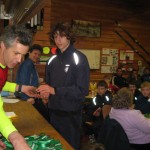 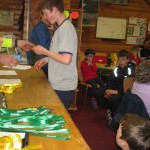 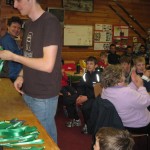